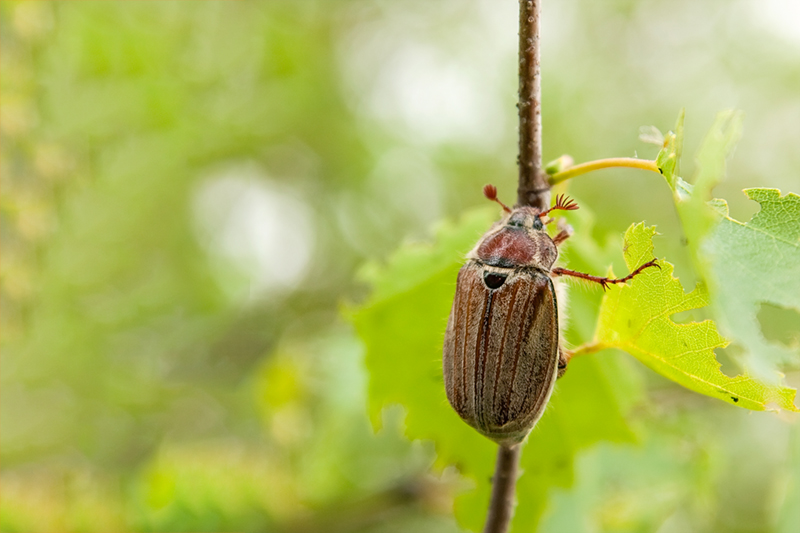 The summer chafer, also known as the june beetle, is a common pest on lawns. It belongs to the leaf horn beetle family (lat. Scarabaeidae). The June beetle is a brownish beetle about 1.5 - 1.8 cm in size. It flies in larger swarms at dusk, flight time is in June.

nema-green® contains the nematode species Heterorhabditis bacteriophora. This species specialises in June beetle grubs, among other things, and can use them for its own feeding and reproduction. The nematodes are supplied alive in a powder. For application, they should be mixed with water exactly according to the package instructions and applied to the affected areas.

The main damage is caused by June beetle grubs in the 3rd larval stage. They feed underground on the grass roots, hindering water and nutrient uptake by the plants. June beetle larvae cause brown spots in the turf, the turf is easily pulled off, masses of grubs appear; dry turf in places.

Birds and other animals (e.g. wild boars) also destroy the turf by pecking and burrowing in search of the tasty grubs. Infestations include private lawns, public green spaces, sports turf, and golf courses.