Hb-Nematodes
Nematodes of the species Heterohabditis bacteriophora for biological and lasting control of white grubs in lawns. 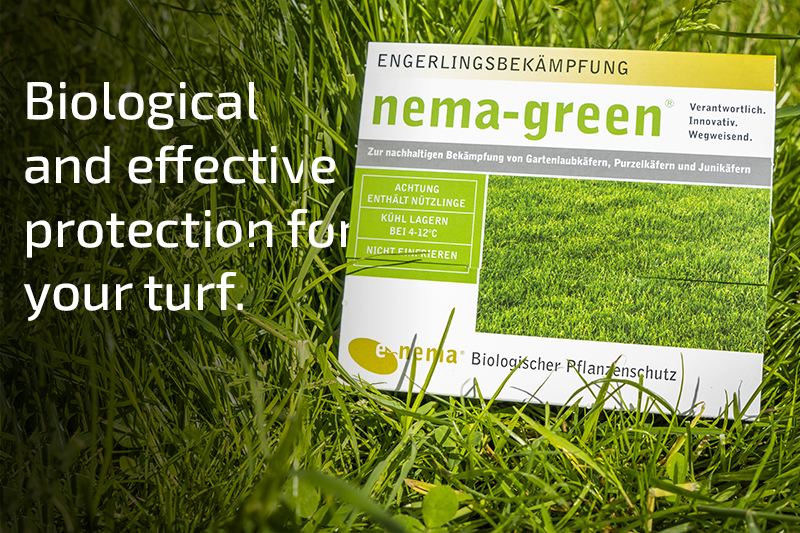 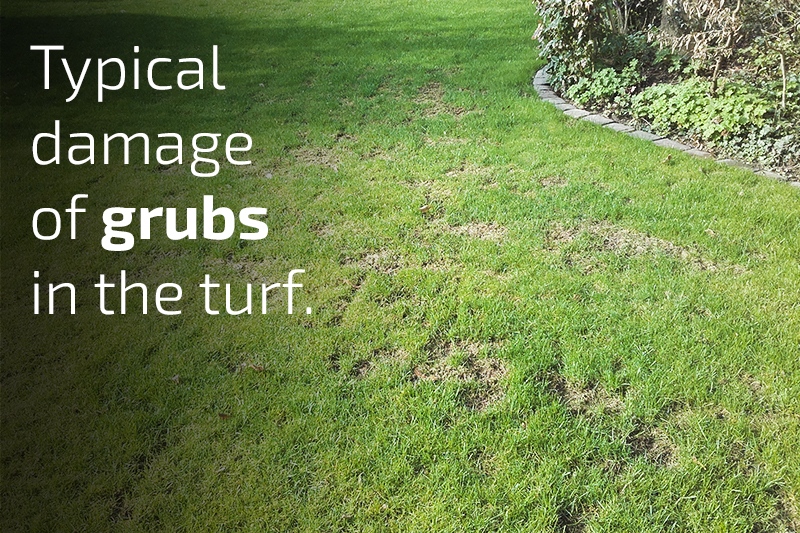 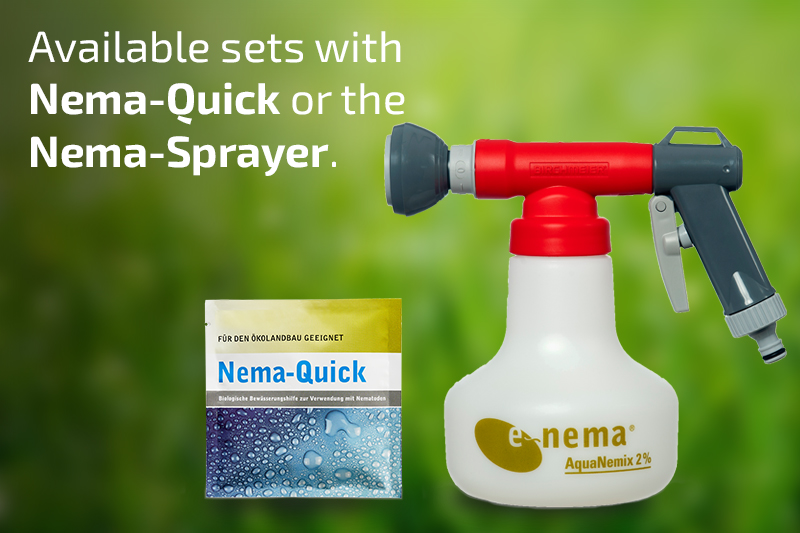 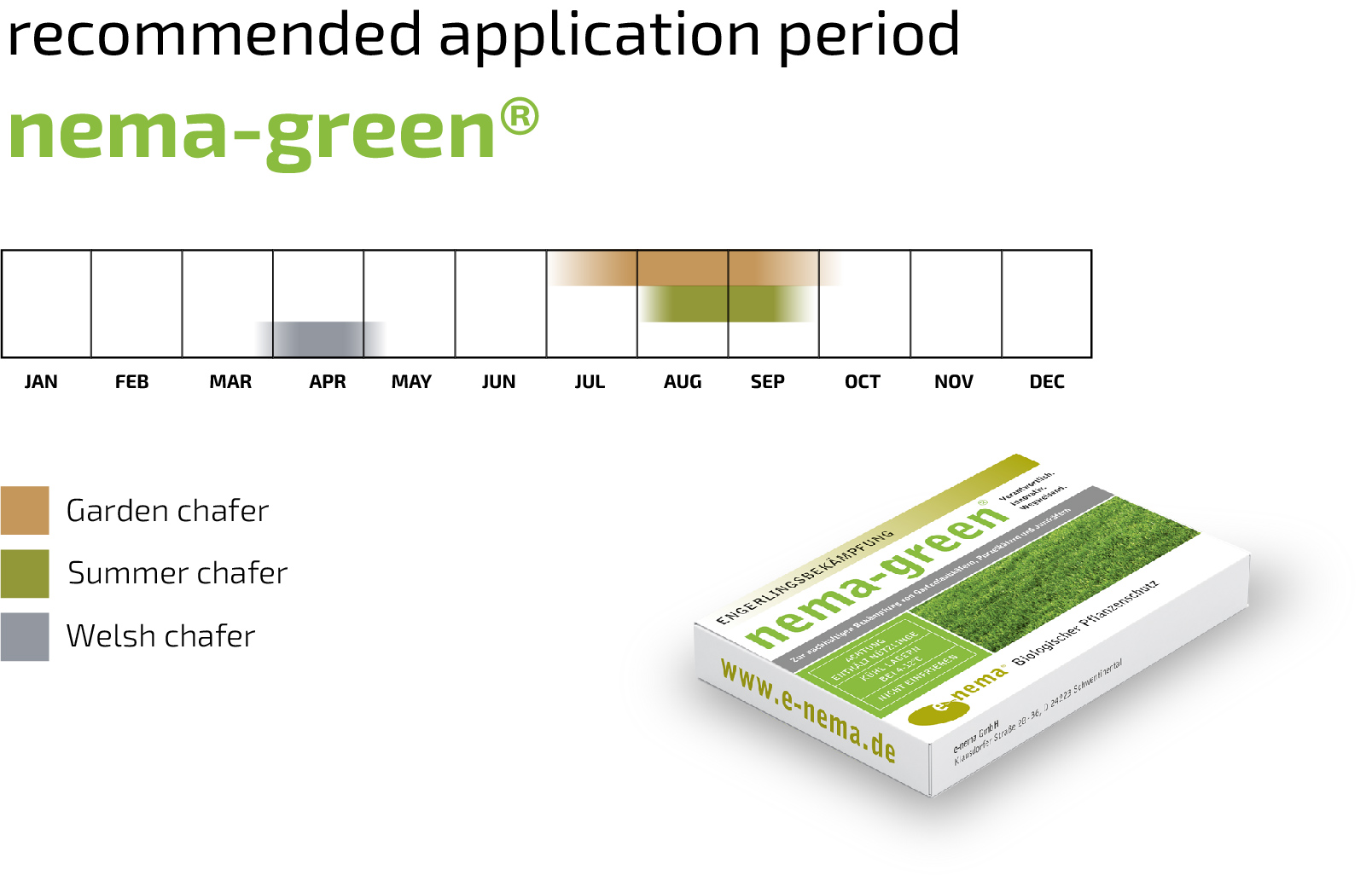 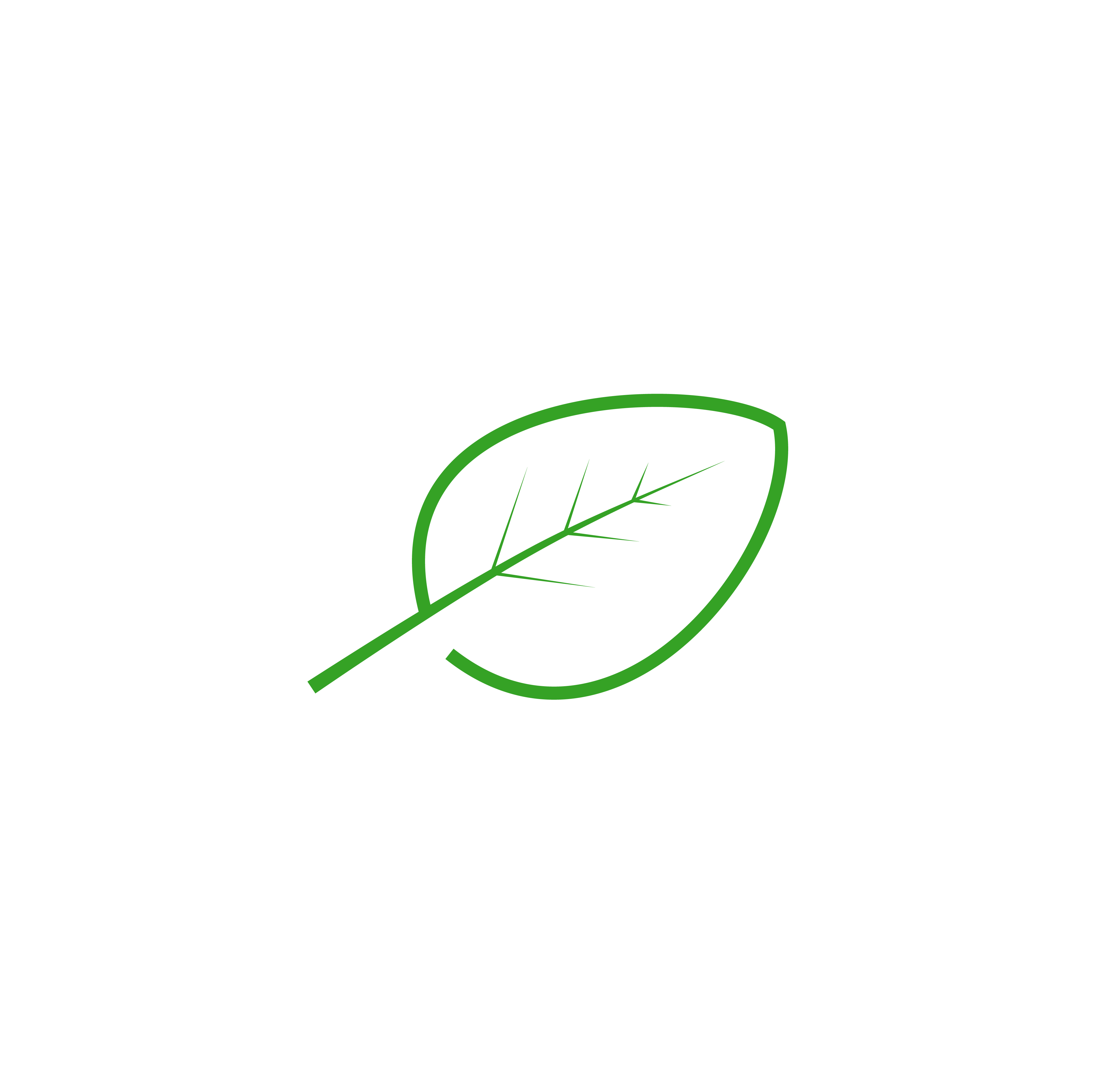 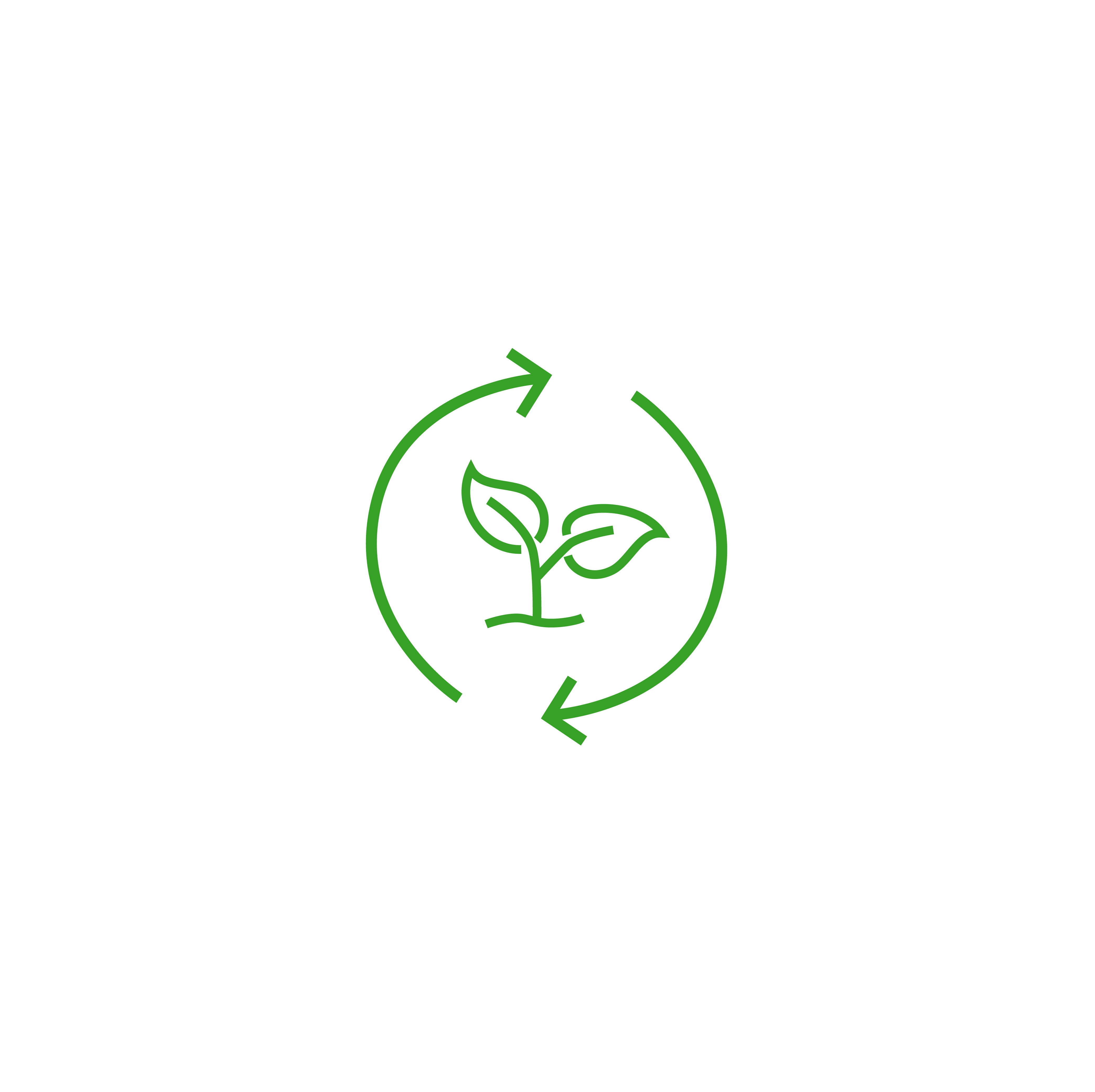 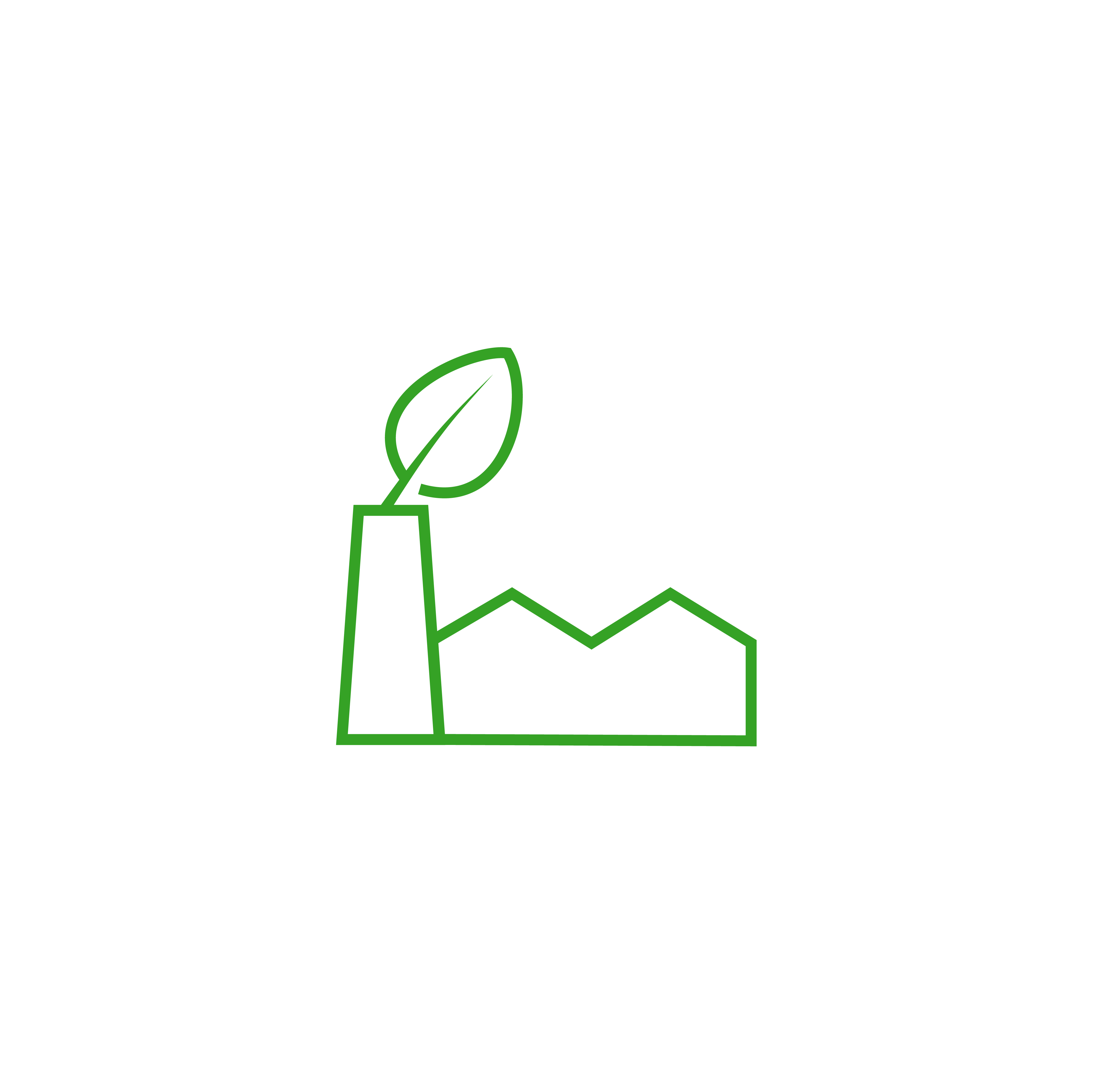 Product information "nema-green®"
Lasting and biological control of grubs in the garden.

The package contains 5 million nematodes of the species Heterorhabditis bacteriophora and is sufficient for an area of 10m2.

Grubs are the larvae of leafhopper beetles. These include the garden chafer, welsh chafer and June beetle. They feed on the roots of turf and other crops, disrupting the supply of water and nutrients from the soil. This stunts plant shoots and results in reduced growth, brown spots and even plant death. Since grubs are an important food for birds, the birds' scratching and pecking can cause significant secondary damage.

How to use nematodes correctly

Biological control of grubs with nematodes

Nematodes are natural enemies of grubs. The nematode species Heterorhabditis bacteriophora is specialized among others on grubs and can use them for their own feeding and reproduction. Before application, however, it is essential to determine which type of grubs it is, as there are great differences in the type and timing of control.

Nematodes are threadworms about 0.5 mm long, of which there are over 20,000 different species worldwide. The species Heterohabditis bacteriophora specializes in controlling the larvae of grubs and is particularly effective. The nematodes penetrate the grubs, where they secrete a bacterium with which they live in symbiosis. The bacterium kills the grub and the nematodes multiply inside it until it is consumed. The nematodes then move on to infest the next grub. This process repeats until all grubs are controlled. This results in a lasting, biological pest control.